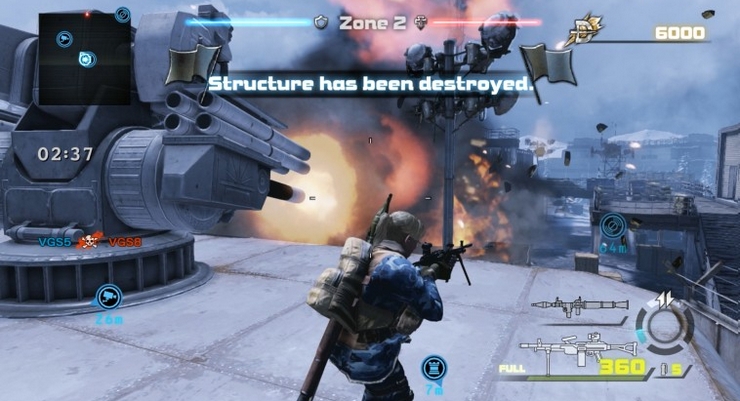 Although you’ll always be able to play your disc-based copy of Tomonobu Itagaki’s Devil’s Third, Nintendo will be sucking out the most interesting part of the game by year’s end. Nintendo support has announced in all three major territories (Europe, Japan, North America) that they will be shutting down the online multiplayer service for the Wii U game between December 28th and 29th, 2016.

More immediately, the price of the digital eShop version of the title has been reduced from $59.99 to $29.99 and purchases of in-game “Golden Eggs” will no longer be offered as of June 27th. Nintendo gives only a passing thanks in place of an explanation but it’s not hard to tell why the decision was made. The game received favorable scores in Japan but in Western markets it was largely derided, ultimately hitting a Metacritic score of just 43/100. It was also released in limited quantities worldwide making the pool of online players even smaller.

“We are deeply thankful for all the players who have enjoyed Devil’s Third online multiplayer service, and thank you for your understanding regarding this decision,” reads the Nintendo of America support page that details the shutdown.

Amid complaints and frustrations with the campaign mode numerous reviews pointed out that the online multiplayer was fun, demanding and bizarre. It’s sad that this intriguing component of the console game is being stripped out but there’s still hope. Devil’s Third Online offers the same multiplayer mode on PC with expanded content and launched out of beta on June 8th in Japan. Published by Nexon, the launch announcement states that Itagaki and the team at Valhalla Game Studios are still working to bring Devil’s Third Online to global territories soon.