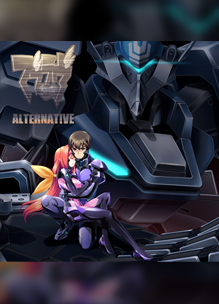 This is it. The chips are down, the die’s been cast, and the fate of the multiverse is on the line. Step back into the cockpit and prepare for deployment in Muv-Luv Alternative, the most critically acclaimed visual novel of all time. Just be sure to keep a box of tissues handy, because it’s about to be a bumpy ride.

This isn’t a cutesy high school rom-com anymore; it’s an epic tale of political conspiracies, international espionage, an alien menace, quantum causality, bittersweet reunions, genetic modification, and much, much more. Gluttons for punishment, rejoice, because once it gets rolling, there are no brakes on this pain train.

It’ll test your limits, challenge your worldview, and by the time it’s all over, you’ll be so emotionally spent that it’ll be weeks before you can fully process the implications of what you’ve just witnessed. Fair warning, though: common side effects include feelings of emptiness, PTSD, and unrealistic expectations for any and all other visual novels.