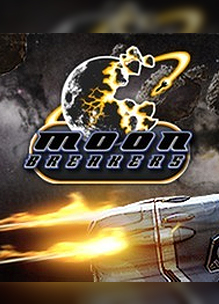 Publisher Uber Entertainment announced on June 27th, 2017 that they would be shutting down Moon Breakers’ servers and removing the game from sale on September 5th. The full announcement follows:

We want to thank all of you for your love and support of Moon Breakers. Your passion is what made this game a joy and pleasure to work on over these last five years.

However, the day has come where we have had to make some honest assessments as to how the game is performing, and while it has been a good run, our audience has now fallen to levels that are too low for us to sustain a positive user experience. So it is with a heavy heart that we must announce that we will be shutting down Moon Breakers. The game will remain active until September 5th, 2017. Once our servers have been taken down, you will no longer be able to play our game in any game mode, so please make sure to get those matches in while you can.

As a special thank you to everyone that is playing, from now until August 29th, 2017, we will be giving you a gift of $1000 in-game currency. In order to get this, please contact our support team by emailing [email protected] or opening a ticket at http://support.uberent.com/ with your ubernet login name. The support team will respond to your request as soon as possible.

Once again, thank you for all your support and we look forward to seeing you all again in our other games.

Moon Breakers is a free to play, multi-player 3D space combat game set in an alternate WWII-inspired future. As either a Government or Pirate pilot, take to the stars in single-seat starfighters and engage in epic dogfights for Helium-3 around the galaxy.

A modern multi-player take on the classic space combat genre of the 1990’s, Moon Breakers delivers thrilling gameplay with simple controls that will have you flying and shaking bandits off your six in minutes. Coupled with a bold, retro-futuristic art style, amazing music by Bear McCreary (Battlestar Galactica, The Walking Dead) and a variety of ships to unlock and upgrade, Moon Breakers is pure space combat awesome. Sign up, climb in and get ready for launch… there are fortunes to be made.