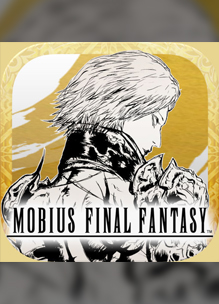 Square Enix announced on February 15th, 2020 that Mobius Final Fantasy would be shut down and removed from digital storefronts on June 30th, 2020. This includes the Steam version as well as Android and iOS.

Greetings, Warriors of Light. Thank you for playing and supporting MOBIUS FINAL FANTASY throughout the years. After many difficult discussions, Square Enix ended service for the Japanese version of MOBIUS FINAL FANTASY in December 2019, after the Warrior of Despair story concluded.

Service for the global version of the game will continue until the Warrior of Despair story has concluded on June 30, 2020, at 6:00 pm PDT (UTC-7), at which time service for it, too, will end. The schedule until end of service is as follows.

・End of “Magicite” sales in the global version of the game

* Any purchased “Magicite” can be used until the end of service.

We would like to express our deepest gratitude to all our players who have supported us since service began back on August 3, 2016.  It is with heavy heart that we must now bring you this sad news. We will continue to implement updates to in-game events, including the conclusion of the Warrior of Despair story, until the end of service, so it is our fondest hope that you will see our adventurers’ fates out to the very last. Thank you for fighting alongside the Warriors of Light and for being a part of the world of Mobius Final Fantasy. May you continue to bring the light of hope to those around you.

A team of veteran developers of the FINAL FANTASY franchise, headed by venerated producer Yoshinori Kitase of FFVII and FFXIII fame, brings you MOBIUS FINAL FANTASY, a mobile RPG of unprecedented quality. The PC version comes 4K visuals and smooth 60 FPS gameplay. Enjoy a dramatic story and dynamic battles in the high-res!

* Widescreen Resolution
A new widescreen full HD 1920×1080 resolution available only on the PC. Take in the sights of Palamecia as you venture throughout its lands, with a wide field of view unobstructed by UI elements.

* 4K Visuals
MOBIUS FINAL FANTASY is also compatible with 4K resolution. You’ll be awed by the level of detail modeled in the game, from the intricate textures of metallic armor to the wisps of clouds up high in the sky.

* Quality of Life Improvements
Unbound from the limits of smartphones–no more stressing over battery life or storage space!