If you haven’t been running Windows 8 lately you likely missed the news that Microsoft’s suite of casual games were removed from the Microsoft Store on December 14th, 2020. However, if you already had Solitaire, Mahjong, Minesweeper, or one of their other casual titles installed you’ll be able to continue playing (and earning Achievements) until the service is retired on April 5th, 2021.

The move is similar to one that Microsoft announced in 2019 regarding their casual games on Windows XP, ME, and Win7 operating systems, and heads up the expiration of Windows 8 itself in 2023. The announcement follows but subsequent FAQ posts confirm that you can carry your progress and unlocks over to Windows 10 as long as you connect the Windows 8 versions with a Microsoft account before April 5th.

After careful consideration, Microsoft Casual Games Studio has made the difficult decision to no longer support our game experiences on Windows 8 and Windows 8.1 operating systems. It is with deep regret that we are unable to dedicate the necessary resources to continue providing these beloved games on this platform. In preparation for the transition, there are several ways you can continue playing your favorite Microsoft Casual Games without interruption.

We hope you will continue to enjoy all the games you love! (click here)

The transition from the Windows 8 platform began on December 14, 2020, when Microsoft Casual Games became no longer available to download from the Windows 8 Microsoft Store. You will, however, be able to continue playing and earning in-game achievements without change until April 5, 2021 when the game services will officially expire from Windows 8/8.1

We have enjoyed being part of your daily choice of games and hope you will continue to play with us on Windows 10, MSN Games, iOS, and Android.  If you have questions, or further inquiries about this announcement, please visit our Customer Support FAQs here.

Also shutting down on April 5th is Microsoft Bingo which was removed from the Microsoft Store on Windows 8, Windows Phone 8, and Windows 10 on September 22nd, 2020. In-game purchases ended on October 5th and only those who had the game downloaded before September 22nd can continue playing it until April 5th. I’ve added the deadline to the Watch List calendar. Thanks to Wakayama_PT for submitting the news to the site and TrueAchievements.com for their reporting. 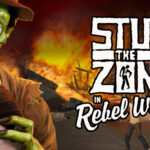 Stubbs the Zombie returns to Steam, debuts on consoles on March 16th 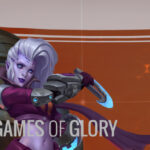