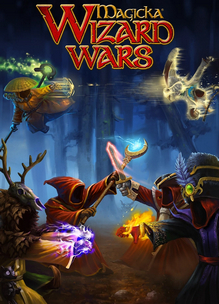 Paradox Interactive announced on April 21st, 2016 on the game’s Steam Community forum that Magicka: Wizard Wars would be shut down in July. The full announcement follows:

It’s with regret that we have to announce that we will be closing down our servers for Magicka: Wizard Wars as of July 21st 2016.

When the decision came to halt development on the game we left the servers open so that our small but passionate player base could still continue to enjoy the game as it was, we hope that this has been a fun time for you all (the odd server gremlin aside)! Unfortunately though we have reached the point where we can’t economically justify to continue running the costly server infrastructure. To make things clear, these last 9 months haven’t been a money-making exercise for us (for the most part server costs weren’t covered) we simply wanted to let those of you who loved the game play for as long as was possible.

Wizard Wars was a project close to our hearts, and although the original Dev team are now working on other projects within the Paradox organization We still have fond memories!

How will the shutdown work?

Servers will remain open for a period of 3 months from today. Shortly before this post all items/bundles with a real-money cost have been removed or converted to be purchased with in-game crowns only. We will do our best to introduce any old content we have collecting dust in our archives, so you may see some new bits and pieces appearing (Not 100%, depends on work needed, we will try though!). Should you have boosters active that expire AFTER 21st July 2016 please contact our support (www.paradoxplaza.com/support) and we can look into refunds where appropriate.

Finally a big thanks from all of us who’ve worked on the project, to you, the fans. The passion and feedback from you throughout the whole development of the game has been nothing short of awesome!

“In Magicka: Wizard Wars, two teams of four wizards each will go head-to-lightning-bolt on the field of battle, wielding a wealth of magic spells as players adapt their tactics on the fly in response to their opponents.“

Thanks to Swaaz for submitting this game to the site