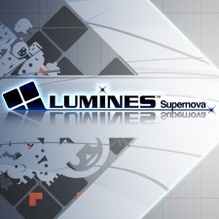 Lumines Supernova was delisted on the PlayStation 3 in Europe and Australia (presumably also Japan) between February 27th and May 6th, 2017. Archive.org captures come from the European PlayStation Now website which lists all available games on the streaming service. Lumines’ disappearance there likely coincides with its removal from the PlayStation Store as well.

As of June 2020 the game has not returned in the effected territories but remains available everywhere else that it was released. The cause for these specific delistings is uncertain but it seems unlikely that the game will return now that Enhance Inc (founded by Lumines creator Tetsuya Mizuguchi) has released Lumines Remastered.

“Indulge in the fusion of puzzle, lights and music! The latest installment to the blockbuster franchise from Tetsuya Mizuguchi and Q Entertainment comes packed with brand new skins and new modes, exclusive to the PLAYSTATION®3 computer entertainment system.

LUMINES Supernova combines puzzles, block-dropping beats and video entertainment to create an addictively-fun gameplay experience that will keep you playing day after day. The game offers 40 skins in the Challenge Mode alone, with several brand new skins keeping the Lumines experience fresh. Choose from several different single player modes, battle it out with a friend or create your own background music in the all-new Sequencer Mode.“

Thanks to T87 for submitting this game to the site