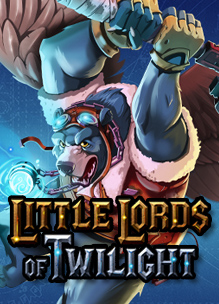 BKOM Studios announced on May 17th, 2018 that Little Lords of Twilight was being “retired temporarily” as a new publishing deal had been reached for the title with Seasun Games. The team confirmed the game would be removed from stores on May 24th, 2018 and expected it to return by the Fall, approximately five months later. However, as of May 2022 the game has not returned to Steam and is also no longer available on iOS. Neither BKOM nor Seasun Games has commented on the title’s apparent permanent delisting. The team’s original 2018 announcement follows:

Good day everyone. You may have read about the tremendous good news concerning Little Lords of Twilight®!

We’ve announced our partnership with renowned publisher Seasun Games – in which Tencent, the world’s largest video game company, has invested last year – to bring Little Lords of Twilight to a broader, worldwide audience. We are confident this collaboration will strengthen the game’s visibility and performance in its segment.

The game will be retired temporarily from the stores in order to proceed to very exciting enhancements.

Little Lords of Twilight will be going offline on May 24, 2018 and we expect to be back online this Fall.

Thanks to all of you for being part of this madzikal journey so far – we can’t wait to share with you the amazing new features the game will have to offer Lots of great things to come!

Little Lords of Twilight is a visually stunning PvP turn-based strategy game, where champions from different worlds battle head-to-head for control of The Portals.

Each time the sun hides behind one of the moons of Zikverländ and when it emerges to shine anew, you will be transformed and lent formidable powers. But listen well Hero: although you must bow to the rule of NightFalls and SunPops, your soul yearns to be free.