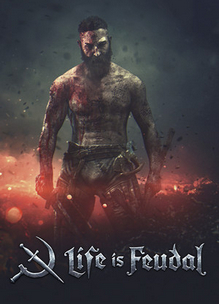 Developer Bitbox announced on December 18th that Life is Feudal: MMO, their Early Access game of medieval crafting, construction, and combat, would be shut down on January 18th, 2021. Based on the announcement and discussion on the game’s forums, legal complications (presumably with XSOLLA) and taking over marketing responsibilities led to Bitbox being “forced” to shut the game down. As of this writing Bitbox’s other titles including entries in the Life is Feudal series remain online. Their full post and FAQ follows:

We are forced to close Life is Feudal: MMO.

Yes, that’s it, we have to close it, and we have to do it because of the reasons that are beyond our control. A couple of days ago we received an official letter from a certain company that basically says that they will stop paying us our share from LiF: MMO. There is nothing much we can do in a legal way since we do not have the required funds to pay for the costly legislation in the US. Especially in a situation where our own hard-earned money will be most probably used against us.

Back in 2016, this company was preparing its first steps as a publisher and a video games investor. From our perspective, we believed in them and thought that a publisher who is making its first steps will be more motivated and more flexible in a way how they can publish and market our hardcore niche MMO. It resulted in some hectic marketing and PR attempts, partly misused marketing budget, and failing to fulfill some of their obligations. In the end, we had to make our own attempt to establish operations in the CIS region, work by ourselves with a PR agency, and try to grow our own marketing department.

We knew pretty well that there is no way we can force them to do what they had to but didn’t want to do. Thus, we’ve maintained this status quo, where we were basically left alone dealing with the game and continued our own attempts to promote it. This status quo persisted until recently we’ve received the communications from this company offering a certain deal. After some negotiations, we’ve realized that this deal possesses certain risks for us, and we’re not interested in it. Thus, we’ve refused their offers.

That is when things “went south”. We’ve felt ourselves under great business, legal, and financial pressure. This pressure didn’t work. But it also means that, unfortunately, we can no longer pay for the servers, GM, and online support and, effectively, we cannot continue updating the game. There is nothing much we can do in this situation, and we’re simply forced to close the game.

So what is going to happen next?

We plan to bring all servers down on the 18th of January 2021 – shortly after the 3rd year anniversary of Life is Feudal: MMO release on Steam. Before that, we plan to release a patch with what was prepared by us before and is ready to be released. It is not a fully complete patch, but it should provide some fresh experience for you in the last days of Life is Feudal: MMO. Our GM team will also accept requests for aerial screenshots of your villages/towns/castles/bases. We plan to immortalize them along with screenshots of other castles from previous wipes on our site gallery.

We’re incredibly thankful for the journey you’ve taken alongside us during those years. We’ve heard stories about friendships and families forged on the vast spaces of Avalon, Epleland, Skjultland, Buyan, Telmun, Iriy, and Godenland, and we appreciate the part we were able to play in your lives, it is a true honor. The amount of support you’ve shown to us throughout this time is incredible. We send you our limitless gratitude and apologize for letting you down like this. It is a powerful blow for us, but we will stand as a team, and as a family! We cannot promise it to you as “soon”, but please do expect some news from us in the not so distant future!

We expect that you have a lot of questions – we’ll try to cover some of them below.

Can we still play LiF:MMO?

The servers will continue to work as usual until January 18th, 2021.

On January 18th, both Godenland and Illa-Newydd will be closed for public access.

What happens with our premium currency?

You should not be able to purchase new currency, but will be able to spend the one you currently have for further purchases (such as skins, boosters, etc.)

What happens with our premium subscriptions?

All subscriptions will be canceled. We’ve started the process this Monday and expect that all accounts will be processed by the end of this week. We recommend you check the status of your subscription by yourself and cancel it if needed.

We also activated a free premium subscription for every account until worlds are closed.

Can we expect any refunds?

All the refunds are processed, as usual, on the Xsolla side at https://help.xsolla.com. Xsolla has our permission for the refund of any premium currency and subscription that was done in the last 45 days (purchases made after November 1st).

Will there be a world wipe for the last month?

There are no plans to perform either partial or full world wipe before closing the servers.

Will there be any updates for LiF: MMO?

Yes and no. The planned update is unfinished, but we will separate the changes that we hope will provide entertaining PvP gameplay for the last days of Life is Feudal: MMO. We will provide details about this later. But since we’re forced to close the game you should not expect any updates after its closure.

Will there be any world rules update?

We will no longer issue bans or warnings based on the PvP world rules violation. Using movable objects to get inside enemy claims will be legal again. Make sure to have a LOT of unlimited PvP fun during those last days of LiF: MMO!

Can we expect any changes in the JH/HJH system?

We intend to set most of the active guilds to rank 1 until the worlds are closed (excluding the Christmas holidays). It should give you enough time to enjoy the carnage. The holidays JH disabling should remain unaffected.

No, those games remain unaffected and will still be playable.

Does this mean there will be a LiF:YO update?

It is hard to predict whether there will be an official update for Your Own right now, due to the differences between the two projects. There is no final decision on this topic yet.

What about the LiF: MMO version that has been deployed for the Chinese market? Can we play it?

This version is being developed in partnership with Tiancity and should not be affected by this issue. However, it is not publicly available yet. We recommend you keep an eye on updates on their site: https://lif.tiancity.com/

What about the new engine you’ve talked about on your last AMA?

This project should not be affected by this issue and is still being developed. There is nothing much we can tell so far, but you should expect some news next year.

Once again, thank you for this adventure.