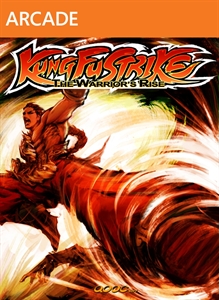 Kung-Fu Strike: The Warrior’s Rise was delisted from Xbox 360 no later than November 15th, 2012 according to reporting from TrueAchievements.com. The delisting appears to be related to the publisher, 7sixty, who went silent on social media in 2013 and made no subsequent releases. As further evidence, the game remains available on Steam where it was published by Digital Tribe instead of 7sixty.

“In Kung Fu Strike: The Warrior’s Rise, ancient China is being ripped apart by three warring forces, the Tian Empire, the invading forces of Shaa seeking to overthrow the Empire’s King, and a rebel uprising with their own agenda. Playing as martial arts master General Loh, you’re thrown into the middle of this bitter war armed only with your deadliest weapon: your fists. Fight your way through waves of enemies and towering bosses with lethal attacks, learn new skills to take down even the toughest opponent and see if you have what it takes to complete the frantic challenge modes. If going it alone is too much, then team up with a friend in co-op mode or show off your killer moves in the versus mode.“