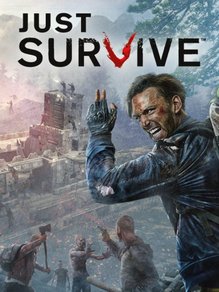 Daybreak Game Company announced on August 24th that the original incarnation of H1Z1, currently known as Just Survive, would be shutting down on October 24th, 2018. The lengthy and heartfelt explanation from Daybreak follows:

After careful consideration, we’ve made the difficult decision to sunset Just Survive on Wednesday, October 24 at 11 a.m. PT. The excitement of the game’s promise was palpable and its loyal community is still full of ideas for its future. Unfortunately, we are no longer in a position to fulfill its greatness and the current population of the game makes it untenable to maintain.

Just Survive was part of our first Early Access project, and we learned a great deal during its development. As with any open world game, the greatest stories came from our passionate players. From the incredibly skilled base builders to the free-ranging gangs, and all of the players named variations of “ImFriendly” and “PleaseDontShootMe”, we hope everyone had amazing adventures across Pleasant Valley and Badwater Canyon.

Thank you for taking the time to play the game, to help test it when we opened the Test servers to the public, and for all of the suggestions and feedback throughout Early Access. We truly appreciate everyone’s commitment and your contributions throughout the development process. Our promise is to do better and learn from every experience along the way.

Just Survive servers will remain available for play until Wednesday, October 24 at 11 a.m. PT, and starting immediately all Steam purchases and in-game transactions have been disabled. To find out if you are eligible for a refund via Steam, please visit this link.

Thank you again for your support and dedication to Just Survive.

Just Survive is a post-apocalyptic survival game where you scavenge for supplies and build Strongholds to protect against dangers, both living and undead, that lurk around every corner.

Zombies
Though the great outbreak has passed, the undead still linger in great numbers. Stay alert and quiet to avoid attracting them, and be prepared to either run or fight for your life at a moment’ss notice.

Survivors
Numerous survivors are looking to resettle Badwater Canyon &ndash; but not everyone is interested in working together. Approach each encounter with caution, because if there&rsquo;s anything more dangerous than a ravenous zombie it’s another human being.

Environment
Wildlife that was fast or strong enough to survive the undead have grown in number during the aftermath of human civilization. While they serve as an excellent source of protein and crafting materials, animals like bears and wolves are hardly easy prey.

The landscape is littered with the belongings of those who failed to escape the swelling tide of undead. Everything has value in this new world, whether for scrap or a few Gold Eagle Coins, so it&rsquo;s wise to pick up whatever you can find.

Craft
The days of shopping at the mall are long gone. You&rsquo;ll need to craft survival items, using whatever you can find in the world. Anything from bandages to blackberry pie can be assembled with the proper ingredients, so get to crafting!

Trade
Supply Officers at Military Bases are eager to dole out Gold Eagle Coins in exchange for what you scavenge in Badwater Canyon. Those coins are key to unlocking a number of valuable commodities such as Stronghold Deeds.