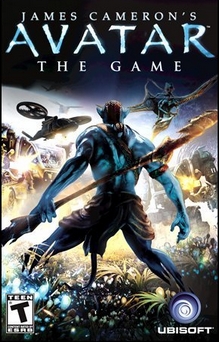 James Cameron’s Avatar: The Game was delisted from Steam in January of 2013 according to discussion on the game’s community forum. On Xbox 360, Archive.org captures show the game was delisted between mid-July of 2012 and May of 2013. The PlayStation 3 version may have been delisted around this same time but according to Chris Rolla who commented on our page for the game, it may have lasted up to January of 2015 when the PlayStation Portable version was delisted.

The game was most likely delisted due to expired licensing of the Avatar property from Fox. Ubisoft announced in August of 2014 that online and multiplayer services for the game (and several others) would be turned off later that month. Although the game’s single-player campaign remained accessible, this may also have led to the decision to remove it from sale.

*Engage in a massive conflict between two worlds: Fight for you cause; RDA or Na’vi. Customize more than 60 RDA and Na’vi weapons, combined. Choose your skills: 20 for each clan. Drive all of the vehicles and ride the animals. Expand the battleground in online multiplayer.