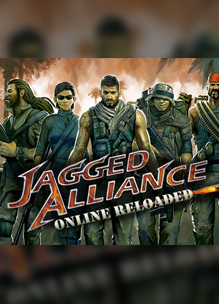 Jagged Alliance Online: Reloaded was removed from sale on Steam on October 18th, 2018 when its price was set to $0.00. Days prior, developer Primetide posted the following farewell statement on the game’s Steam Community forums alongside a similar announcement detailing the shutdown of Shadowrun Chronicles:

it is with great regret, that we have to announce the servers for JAO will be closing by end of November and the game will cease to exist. We kept the game running for as long as we could – for a long time now it cost us more than we earned- but unfortunately we don’t have the means to continue to do so any more.

After we recently have been the target of ransomware attacks on top of everything else, we don’t have the means to sustain the games anymore. We want to thank everyone who played this through the years and hope we provided at least a little enjoyment to you.

If you are looking for your fix of Jagged Alliance, there is the upcoming Jagged Alliance: RAGE game, which presents a new take on the JA legacy and the great Jagged Alliance Boardgame [www.undergroundgames.de], which is a labour of love from some of our team’s designers and exclusively available directly from them. Thanks again for playing and staying with the game all this time.

Cliffhanger Productions went on to develop and release Jagged Alliance: Rage! in December of 2018.

Jagged Alliance Online: Reloaded brings the turn-based strategy classic back to life as a Single- and Multiplayer tactical combat game at an unbeatable price!

YOUR MISSION: Survive and build the toughest frigging merc outfit in the world! Create and train your team of mercs selected from the well-loved Jagged Alliance characters, grab your gear and expand and evolve your headquarter to beat any opposition you may encounter.

Match your tactical skills against other players to win Warzones with your allies and lead your company to victory and great rewards. With 3D graphics, challenging tactical missions, your own headquarter and hundreds of new weapons and gear, this is turn-based strategy at its best!