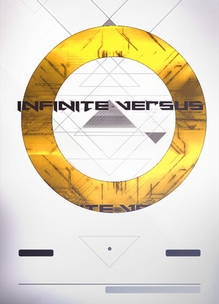 Infinite Versus: 3D Mugen was delisted on Steam on March 4th, 2021 after a brief beta period. Posting to the Infinite Versus Discord server early in the morning of February 26th, the alleged creator of the game noted:

I was not expecting this reaction. I’m sorry that I had to charge for online multiplayer. There is not much I can do anymore, the trade-off for the zero input delay netcode is costly dedicated servers. With the huge turnout we got for the beta it’s impossible that I could support the heavy server cost of this free-to-play game as a solo developer and as a college student. All of which is paid out of pocket.

It’s unfortunate, but a likely scenario that I will remove the game from steam and shutdown this discord in the near future.

I hope some of you were able to try out the online mod experience. Many people are negatively reviewing the netcode without even playing it. Talk about a waste. I spent way too many hours creating the new netcode and making online mod vs mod fights possible than I will ever admit. It’s a shame to go 48 hours without sleep to launch the game only to shut it down. My apologies to dedicated modders and the players that bought multiplayer. I believe it is still within Steam’s guidelines to give you a refund.

Quoting the above comments, they added simply on March 4th that “I have removed Infinite Versus from Steam”. Existing owners have since discovered a workaround to continue playing the base game offline but without the community created content which was clearly the draw.

Next Gen – Blitz Netcode: 2021
BLITZ NETCODE: is a new innovative networking technique that eliminates all input delay. Blitz is fundamentally different from the way delay-based and rollback netcode deal with input-delay. The few predictions made within blitz networking are all predestined and function without the occurrence of network fossils. Unlike rollback, Blitz only uses prediction in a limited manner that helps with syncing split-second long-distance character movements. Blitz is currently one of the only fighting based net codes that operate with dedicated low latency servers to provide players with a faster and more stable multiplayer experience.

Full Mod Support
Our discord provides resources for modders to use. Template mods for characters, stages, audio, assists, and stories are all available to the community along with a detailed tutorial to guide new modders. Discord also provides users with a community to ask questions and collaborate with. All public mods are available for download in-game, without the need to restart or log-in to an account.