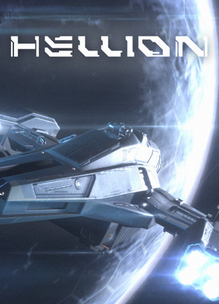 Hellion was delisted on Steam on March 30th, 2020. Prior to this, Zero Gravity announced their plans to stop development, decrease the cost, and exit from Early Access on October 15th, 2019. Along with a bittersweet tale of the game’s creation, the post explains that “not enough players were brought into our world of Hellion to make it commercially viable. […] At this point, without an influx of new players, the game doesn’t pay for its development. That’s why we had to make some hard decision”. On March 24th, 2020 the team made a final announcement regarding the game.

This is the last official announcement by Zero Gravity, since the team has already been disbanded. This is what happens with Hellion:

– The game will be free for download on Steam from March 27, 10AM (PT) until March 30, 10 AM (PT).
– After that, it will be no longer available for purchase.
– You will still be able to play Hellion.
– We’ll keep the main server online.
– We’ll keep official servers EU West and US West online (two instances of each).
– Community servers will stay alive, and the new ones can be added at any time in the future.
– Single player mode will stay available.

We have received a lot of support from players during the past couple of months. And we want to thank you all. These measures are meant for Hellion to stay alive since you enjoy playing it. We’d like to give a huge shoutout to Hellion moderators who have been volunteering in managing the Hellion community and the official servers. Thank you so much team! Big thanks to Nitrado for providing us with official Hellion servers!

And to you all out there in space – thank you for these wonderful years trying together with us to make a super special space experience that still can’t be found anywhere else. It was a blast!

A solar system thousands of lightyears from Earth, Hellion is the destination of the first interstellar colonization mission of the 23rd century. A million colonists, suspended in cryogenic hibernation, wake up a century later and find themselves trapped in a nightmare. Instead of grand habitats and planets waiting to receive new settlers, there is only evidence of devastation and conflict everywhere with ruins, debris fields and empty stations.

With no trace of UN officials, corporate representatives, engineers, scientists or law enforcement troops, and a rescue operation over half a century away, colonists turn to scavenging, stealing and outright violence. Others try to live in a more civilized way and begin uncovering the truth behind the largest disaster in human history.

Thanks to Brian_H for submitting this game to the site