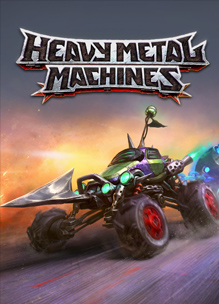 The team at Hoplon announced on May 3rd, 2022  that Heavy Metal Machines would be shut down on all platforms on August 30th, 2022. It appears the game was then removed from digital stores as early as the morning of May 4th. Previous to this, Hoplon outlined their plans for the future of the game in a post from December of 2021. They extended the current season “indefinitely”, returned all in-game items from previous seasons to the Store, reduced the price of real-money packages by 30% between January and February of 2022, and increased ‘Fame’ experience payouts by 500% to aid in unlocking extra content. Though unconfirmed, this change seems to imply that Hoplon was preparing in late 2021 to shut down the game soon. The team’s announcement from May 3rd follows:

It is with heavy hearts that we announce the ending of Heavy Metal Machine’s life cycle. HMM’s dedicated servers will be shutting down on the 30th of August, 2022. This means the game and all its related features will no longer be available, including all game modes, and the in-game Store. This applies to all platforms, including Steam, Xbox, and PlayStation. Here’s a timeline of the planned server shutdown

Discontinuing HMM was a difficult decision. The Hoplon team has put a lot of work and passion into HMM, and we are very proud of what the game has become and the community we have nurtured. We feel we have accomplished our vision of bringing a really unique experience within the MOBA genre.

We would like to extend a big THANK YOU to all the Metal Gladiators that have been a part of the HMM family over the years. We truly appreciate all the love we have seen for this game. May HMM live on in our hearts and minds!

See you in the Arenas until August 30th!

The post also contained several FAQ questions about in-game rewards and unlocks, and confirmed that after August 30th, Heavy Metal Machines would be fully offline and unplayable. Based on SteamDB charts, the game saw its all-time peak of 442 players in 2017. Although there was a small resurgence in 2020, active player counts on Steam dropped below 50 daily players in 2021.

HMM’s combination of unique vehicles, fast-paced combat, and post-apocalyptic sports arenas will take you to a whole new gameplay experience.

A ROSTER OF UNIQUE VEHICLES

Ranging from a car crushing Monster Truck and a heavy armored Tank to a blade thrower Motorcycle and a magnetic Tow Truck, each of the many vehicles has a different set of weapons and gameplay styles that bring a wide range of strategic possibilities to each match.

You can play HMM casually, or if you want to spice things up, join the Ranked Mode to be godlike, or create your Team and bring it to the Colosseum, an in-game Tournament, to battle for prizes and prestige.

If you are new to HMM, no worries! Training modes are available to sharpen your skills.

If you feel competitive, you can participate in Community Tournaments, or even the Metal League, Heavy Metal Machines’ Official Tournament, that features cash-prizes to fuel the game’s Esports scene.

Meet new players in the game or bring your friends for way more fun!

MAY THE BEST GLADIATOR WIN

HMM is free-to-play and not pay-to-win. Rest assured that there is no way to buy in-game items that give vehicles gameplay advantages.