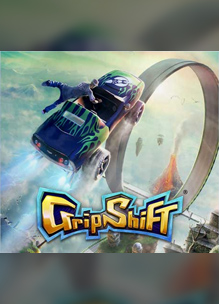 GripShift was delisted from the PlayStation Store no later than February 2014, according to a thread on GameFAQs, and is one of many delisted titles from the publisher formerly known as Sony Online Entertainment.

In 2012, Sidhe rebranded and merged into Pikpok, a former subsidiary of Sidhe focused on mobile games. This change in management may have led to the eventual end of publishing terms between SOE and Sidhe.

GripShift remains available digitally on Xbox 360 and on physical media for PlayStation Portable.

GripShift® is a re-mix of the award-winning original redesigned for the PLAYSTATION®3 computer entertainment system. Taking award winning cross genre gameplay to the next level, GripShift® packs 150 levels with multiple game modes and seemingly endless challenges into a “MUST HAVE” title for the PLAYSTATION® 3 Network.