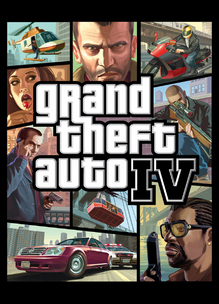 Grand Theft Auto IV was delisted from Steam on January 10th, 2020 when its price was set to $0.00. In a statement provided to USgamer.net, a Rockstar spokesperson explained that the delisting was tied to Microsoft’s Games For Windows – Live service which was retired in 2014:

“Grand Theft Auto 4 was originally created for the Games For Windows Live platform. With Microsoft no longer supporting Games For Windows Live, it is no longer possible to generate the additional keys needed to continue selling the current version of the game. We are looking at other options for distributing GTA4 for PC and will share more information as soon as we can.”

What does the American dream mean today?

For Niko Bellic fresh off the boat from Europe, it is the hope he can escape from his past. For his cousin, Roman, it is the vision that together they can find fortune in Liberty City, gateway to the land of opportunity. As they slip into debt and get dragged into a criminal underworld by a series of shysters, thieves and sociopaths, they discover that the reality is very different from the dream in a city that worships money and status, and is heaven for those who have them and a living nightmare for those who don’t.