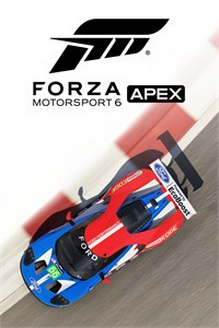 As with other delisted Forza titles, Forza Motorsport 6: Apex was most likely delisted due to the expired licensing of music and vehicles featured in the game. As Apex was never released on physical media the game is now considered Extinct.

“The Forza Motorsport 6: Apex Premium Edition includes the full version of Forza Motorsport 6: Apex, as well as three expansions: the Power to Weight Car Pack, the Hyper Endurance Car Pack, and the Nürburgring Track Pack. In addition, players can test their skills in 15 new Spotlight Events showcasing what makes both these cars and the Nürburgring such legends of motorsport!