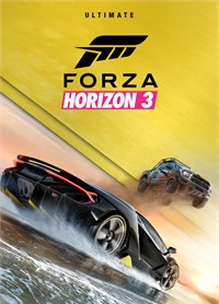 Playground Games announced on August 11th, 2020 that Forza Horizon 3 and all of its DLC would be delisted on September 27th, 2020. As with previous installments in the series, Forza Horizon 3 was offered at a discount until the 27th at which time it was removed from sale.

On Twitter, the team confirmed that online features and multiplayer would continue to function after the deadline and that anyone who previously purchased the game would still be able to re-download and play it. Similar to previous Forza titles, the game’s delisting was most likely caused by expired licensing of the automobile manufacturers, brands, and music featured in the game.

“You’re in charge of the Horizon Festival. Customize everything, hire and fire your friends, and explore Australia in over 350 of the world’s greatest cars. Forza Horizon 3 Ultimate Edition includes the full game of Forza Horizon 3, Early Access, the Forza Horizon 3 Car Pass, VIP Membership and cars, and the Motorsport All-Stars Car Pack, which gives you the chance to take 10 of the hottest modern race cars off the track and out on the open road!“

Thanks to @pasta_wheat for submitting this game to the site