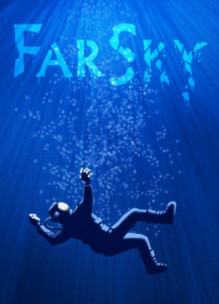 All three titles from FarSky Interactive — FarSky, Sky Break, and The Free Ones — were delisted on Steam on April 1st, 2022. Leading up to this, the team announced on Steam and in their email newsletter on March 19th, 2022 that all three titles would be delisted “in April”. The Steam Store pages were updated with a short announcement:

In April 2022, the game will be removed from the Steam store. Anyone who already bought the game will still be able to play it. The same will apply for all the games of the Farsky Interactive company.

Making our games was an intense journey. We made them all with care and passion. We thank everyone who enjoyed our games, and hope we brought some hapinness, emotion and fun to most of you.

In a few follow-up replies the developer confirmed that a final discount sale would begin after a few days. They also expressed their gratitude for the comments since the news broke and contemplated eventually writing a postmortem on the company’s history.

Hello everyone. Thank you for all your messages, it is really unexpected for me and very touching. Sincerely. I am thinking about making a postmortem, explaining the short story behind the company and the difficulties I faced. Also, I may put some light on the all “Subnautica / FarSky” inspiration thing. Would you find that intersting ? Where could I put this ?

Farsky Interactive officially stopped working on new games in November of 2018 but maintained their three releases until 2022.

FarSky is a short survival game with a few hours of gameplay. With FarSky, you take the role of Nathan who got lost in the Ocean after the crash of his submarine. You need to learn how to survive in the depths of the Ocean.

Your ultimate goal is to find all the pieces of your submarine, fix it and reach the surface. You can also choose to play in Sandbox mode to enjoy the game freely. All maps are randomly generated to immerse you in an unknown world.

Thanks to RandomishLodestone for submitting this game to the site