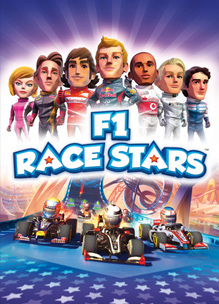 F1 Race Stars was initially delisted on Nintendo Wii U in Japan on March 31st, 2015. The PlayStation 3 release of the game outside of North America may have been delisted around this same time. These versions were then confirmed to have been delisted in Australia, Europe, and Japan no later than October 11th, 2020.

F1 RACE STARS™ is a brand new world of FORMULA ONE™ fun as you’ve never seen it before! Officially licensed to feature all of your favorite FORMULA ONE stars and teams, get ready to sprint for the checkered flag on famous circuits transformed to feature jumps, loop-the-loops and shortcuts and use a cool range of awesome power-ups to overtake your rivals.Travel the world and enter a wide range of different Championships in career mode and set your fastest lap in Time Trials. Then it’s time to share the fun with friends and family – accessible controls make F1 RACE STARS perfect for split-screen racing with up to four players or dive into 12 player online races and take on the world. F1 RACE STARS – get fast to the fun!