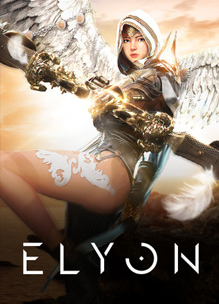 Bluehole and KRAFTON announced on September 7th, 2022 that Elyon would be shutting down across Europe and North America on December 7th after a little more than a year in operation. The game was removed from Steam on the same day and its real-money purchases disabled in those regions. The team’s announcement follows:

There is an important announcement we have to make today in regards to the future of Elyon in the European and North American regions. It has almost been a year since Elyon first launched back in late October of 2021, and over the months we have had the opportunity to meet and engage with some exceptionally passionate players. We couldn’t be more grateful for the continued support you have shown us.

We know that many of you are excited for the new class “Soulbringer” that is available as of today – nonetheless, we would like to set the correct expectations and bring you the unfortunate news upfront.

Kakao Games Europe, following lengthy discussions with the game developer Bluehole Studio Inc., has made the difficult decision to terminate the live service of Elyon in Europe and North America due to the unsustainability of key performance indicators. The very low retention rate from incoming new players in combination with a declining amount of active users has made most content difficult to clear, leading us to the conclusion that we are no longer able to offer you the MMORPG experience we are striving for. For this, we deeply apologize.

The final day of service will be December 7, up until the regular weekly maintenance.

We commit to making this process as transparent as possible, and will try to answer all of your questions in a satisfactory manner.

The post contained a brief FAQ that also confirmed players were not able to transition their in-game characters and content to a different region where the game was still active.

The world is in turmoil – Vulpin and Ontari are at war for the control of Elyon, a portal leading to paradise, soaring high in the sky. Meanwhile, the Dark Apostles are invading Harth from another dimension through a space-time rift, their objectives still unknown.

Massive Realm Wars
Along each faction’s territorial borders lie fortresses packed with manamechs, artillery, and soldiers. Both factions are called to hold their ground in massive Realm vs Realm wars!

Extensive Skill Customization
A plethora of skill addons, runestones, and “Mana Awakening” are at your disposal. Combine them and create your own combat style, from bursty glass-cannons to tanky front-liners.

Dimensional Portals
Cross these purple-shaded portals to reach planes filled with rich resources that will help you get stronger, but be prepared – both factions have unrestricted access to them.

Dungeons
Gather your friends to tackle fearsome bosses with complex mechanics and multiple phases. Feel like challenging yourself? Enter the solo floor-based dungeons and test your limits!

Choose Your Path
Whether you are a solitary traveller, looking for a party, or fighting with a Clan, a vast open world awaits, filled with all kinds of challenges and secrets – on the ground, and in the air. Field bosses, treasure hunts, riddle quests, instanced & open world housing, lifeskills, and so much more await!

Thanks to Jojoman32 for submitting this game to the site