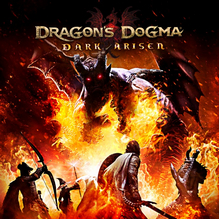 The Xbox 360 Games on Demand version of Dragon’s Dogma: Dark Arisen was last confirmed available on December 23, 2017 and then confirmed delisted in April 2018 according to TrueAchievements.com. The PlayStation 3 version was likely delisted around the same time.

The reason for the game’s delisting is unknown, but may have been in response to the closure of Dragon’s Dogma’s servers on Xbox 360 on March 31, 2018. The game remains available digitally on Steam, PlayStation 4, Xbox One, and Nintendo Switch, and physically on all platforms.

An epitaph speaks of another’s demise… A mysterious island known as Bitterblack Isle appears off the coast of Gransys. Its depths have claimed the lives of many Arisen; their voices still haunt the labyrinth that lies deep beneath its surface–a labyrinth ripe with secrets waiting to be discovered. The time to take up arms has come once again. Delve into the isle’s depths and uncover its dark secret!