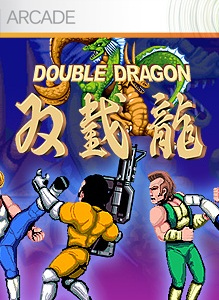 One or two players jump into action in Double Dragon. Fight, leap, and climb your way through large scrolling levels. Fight your way past members of the Black Warriors using a range of fighting moves and special attacks such as Flying Kicks, Elbows, and Head Butts.

Pick up weapons or grab them from enemies including baseball bats, whips, knives, barrels, and dynamite. Each level has a boss to defeat. After defeating the ultimate boss, Jimmy and Billy fight it out to see who walks away with the girl.