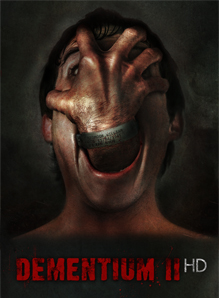 Dementium II HD returned to sale on Steam on October 5th, 2019. The publisher and developer remain the same, although neither party has publicly acknowledged the game’s return. This seems to rule out our previous speculation below.

Dementium II HD was delisted from Steam on July 23rd, 2018. This is the date when its price was set to $0.00 making it impossible to buy, though its Steam Store page remains accessible. Infinitizmo was launched in 2016 after the founders of Renegade Kid chose to shut down the studio and launch independent ventures. We initially speculated that the game may have been removed ahead of a new remastered edition that Infinitizmo has been promising off and on over the years.

However, we received a submission about the game which found that the delisting may have been caused by developer abandonment. Dementium II HD was Memetic Games’ only title on Steam and their social presence appears to have stopped in 2012, even before the game’s release.

The publisher also changed hands in 2015 from Missing Link Games to Digital Tribe, neither of which currently acknowledge the game’s release. With no one left to manage the game’s presence on Steam, Valve may have removed the title.