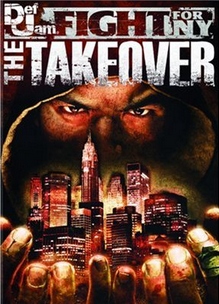 Def Jam Fight For New York: The Takeover was delisted from the PlayStation Portable between late January and mid-February 2020. Google Cache captures show it was available as late as January 29th before its removal was first pointed out to the site on February 14th. The game was most likely delisted due to expired licensing of the rappers, celebrities, and music featured in the game. This was the only Def Jam Fight for New York title that was released digitally.

Interactive Venues – 24 venues including 4 new that include everything from destructible objects to rowdy spectators. Watch your back – even crowds can get into the action.

Head-to-Head Wireless Fights – Take on your friends in a wireless battle or a 1-on-1 death match.

Thanks to BCfan101 for submitting this game to the site