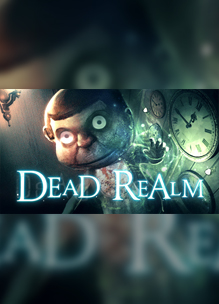 On August 19th, 2020 the team behind Dead Realm announced that the game’s servers would be shut down and the title removed from Steam on August 27th, 2020. The team’s statement follows:

After 5 years, today we are bringing support for Dead Realm to an end and the official servers will close on August 27th, 2020.

The game will remain open to download for free on Steam until that date so we encourage you to invite friends to grab a copy now so you’ll be able to host your own tension-filled games amongst yourselves.

We thank everyone in the community who gave us feedback, bought a copy, created content and invested hours playing to make it such a memorable success. It was an exhilarating experience to make the kind of multiplayer horror game we wanted to play and then have so many of you discover and enjoy it as well.

This is an incredibly bittersweet moment. We are so grateful for all the fun shared. We leave you with a heartfelt thank you from everyone at 3BLACKDOT.

After years as a full-priced release, Dead Realm went free-to-play on July 17th, 2020 shortly before the announcement that it would be shutting down. As 3BLACKDOT’s other release, MisBits, was also delisted in August of 2020 it seems likely that the publisher was shoring up its resources in support of its remaining title. Section Studios also appears to have shut down leaving no other party to take over publishing duties.

Ghosts prey on the living inside the haunted grounds of a long dead electricity tycoon. Dead Realm is a creepy multiplayer action game with immersive and horrifyingly beautiful environments. You’ll either play as Human and work with your friends to run, hide, and survive or you can play as a Ghost and reap the living.

Dead Realm is a first person action horror game where players are split into two sides, the living and the undead. Originally an Early Access game, Dead Realm was developed with community feedback to make a fun, fast paced action game which emphasizes stealth and survival over strength. Often times, staying hidden is your best chance to survive and win.

The world of Dead Realm exists on another plane where ghosts of all shapes and sizes seek to reap those who dare to enter their domain. Players can select from multiple modes and pay across 9 varying maps, making sure players can never be scared the same way twice.