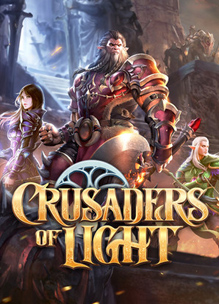 NetEase announced on October 13th, 2021 that Crusaders of Light had been removed from digital stores on Steam, Android, and iOS and that the game would be shut down one month later on November 17th. The team’s full announcement follows:

3. November 17, 2021, 12:00 PM (UTC+8): All game operations will be terminated. Termination includes the shutting down of the game servers, the official customer service, the official website (https://netease-na.com/crusaders-of-light), the official Facebook page and its public group. These websites and communities will no longer be accessible from then on.

NOTE: After game servers have been shut down, all account data and character info (including but not limited to characters, Crystals, items, materials, and so on) will be deleted.

Thank you to everyone who has shown tremendous support to Crusaders of Light. In-game Crystals can still be used until the game is officially taken offline for good. We hope you can enjoy the game while it lasts. If you have any questions or concerns, you’re welcome to contact customer service.

Like you, we’re also extremely sad to see Crusaders of Light go. Alas, its time has come. We’d also like to apologize for any inconveniences this decision may cause. Again, thank you for your support and understanding, and we hope to see you in more great NetEase games!

Based on Steam statistics, the game saw a dwindling number of players since its release, dropping from a high of 1,000 daily players in April of 2018 to under 200 in April of 2021. As a free-to-play release the number of in-app purchases likely was not offsetting the costs to maintain the game and the decision was made to shut it down.

40 Person Raids at Your Fingertips

The Desolation Wall has fallen after 700 years of peace, it’s now up to you and your allies to battle the demon hordes occupying your land! Adventure in this Vast 3D Fantasy Open World redefining the MMORPG experience on mobile. Start your journey by selecting either Ranger, Warrior, Mystic, Paladin, Elementalist Classes, each with their own distinct strengths and characteristics.

Notes: This app is free-to-play and offers in-game purchases.