The scintillatingly titled ‘★★★★★ 1000 Top Rated’ was released on PlayStation 4 earlier this week and removed by Sony within 48 hours. Polygon reported on the title that was singled out by Jim Sterling as a quick way to earn a Platinum trophy. The game itself is a tile-swiping puzzler based on Top Rated’s numerous

Team Ninja announced at the end of May 2017 that two packs of cross-promotional DLC costumes for Dead or Alive 5: Last Round would be removed from sale over the summer. Unfortunately, I didn’t find out about this until June 20th, the same day that the first round of “Fairy Tail Mashup” costumes was delisted.

Having only ever owned one Apple product, the original iPad, I’ll let this succinct quote from Kotaku sum up the situation. “iOS 11 is currently in beta, but even now, some 32-bit games aren’t showing up in the App Store. You can still search for them on Touch Arcade, and as Gizmodo’s Rhett Jones points

“The music licenses for Alan Wake are expiring. As a result, the game is going to be taken out of physical and digital retail. Alan Wake’s American Nightmare will stay in retail. We’re having a 90% off “Sunset Sale” for Alan Wake on Steam May 13th through the 15th, 2017.” The unfortunate but appreciably straight-to-the-point

In a post to the official Club Penguin site on January 30th, 2017, the team announced that the long running online social space would be shutting down at the end of March. As part of the launch of Club Penguin Island in March, we will be transitioning to an entirely new platform, and, we’ve made 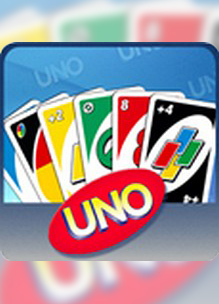 Daybreak Game Company announced on Thursday that they will be shutting down Landmark, the sandbox MMO counterpart and successor to EverQuest Next, on February 21st, 2017. “With heavy hearts, we are writing today to inform you that after much review, we have decided to close Landmark game servers on February 21, 2017,” reads the statement

Turbine Inc. announced on December 19th that the team behind Lord of the Rings Online and Dungeons & Dragons Online would continue development of both titles as the new independent studio Standing Stone Games. While both of those titles are promised to remain unchanged for players, Turbine’s transition has resulted in the end-of-life for their

About the only good news I have to report on Evolve Stage 2 is that the game isn’t being delisted… yet. Posts from 2K and Turtle Rock Studios on October 25th have confirmed that future development of the game has stopped and that 2K will be maintaining its servers for “the foreseeable future”. Turtle Rock’s

Sony sent out an email on October 6th to announce the “retirement” of their free-to-play mobile game, Fat Princess: Piece of Cake. The game’s online features and micro-transactions will be disabled on December 1st, 2016 (iOS, Android) and January 1st, 2017 (Vita) but so will the ability to re-download the game. It isn’t often that

Doubtful as I was, Disney has stuck to their promise to keep the community updated as Disney Infinity nears its inevitable online shutdown in March of 2017. In their original announcement the Steam versions of Disney Infinity 2.0 and 3.0 were to remain fully playable offline after September 30th. Disconnecting the online features has apparently