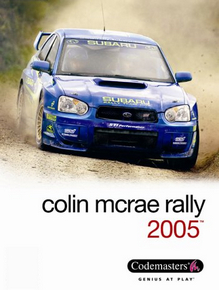 Colin McRae Rally 2005 was delisted from GOG.com no earlier than July 1st, 2009. The delisting was ultimately related to expired licensing between Codemasters and the automobile manufacturers featured in the game. However, the earlier delisting on GOG.com seems to be related to a separate arrangement between the site and Codemasters which would have resulted in the game (along with Colin McRae Rally 2005) being removed from players libraries.

Earlier in 2009 owners of these games received an email from GOG.com explaining that they would not only be removed from sale but also from GOG’s servers. This would mean that players would no longer be able to download them and the site urged owners to back up their copies of the games before August 29th (for ToCA) and October 29th, 2009 (for Colin McRae).

Leading up to this deadline, another forum thread shows GOG.com team members discussing the ongoing work to keep the games on their servers. GOG.com forum members continued posting updates on the titles’ availability through January 2010 at which point the games seemed to be available to re-download for those who already owned them. It is unclear if the ability to re-download these titles was removed on either platform after this point.

“Colin McRae Rally 2005 accelerates the series to a blinding speed that captures the sheer adrenaline of edge-of-control rallying and lets you take the stages at speeds a third faster than before. You won’t be spinning off unnecessarily either, the stages have been designed to let you use that speed as you hurtle through the detailed international environments. However, crash out and you’ll see the individual damage models for each car in action… right down to scraping the paintwork!

Colin Mcrae Rally 2005 is resolutely open and varied, so much that the traditional championship is almost a sideshow. A career mode sees you working from humble machinery to the fastest and finest, through a blizzard of cups, shields and performance-enhancing parts tests. There’s hours of play. Months. Orbits.“