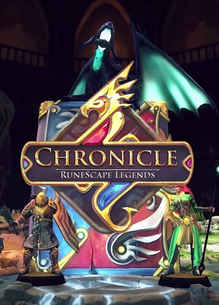 On May 8th, 2018 Shauny from the Jagex team announced the sunsetting plan for Chronicle: Runescape Legends on the game’s Steam Community forums. The announcement read:

“It is with a great deal of sadness that we are announcing the decision to bid farewell to Chronicle: RuneScape Legends.

Both the client and the server tech have been faced with multiple technical issues that are preventing us from delivering an on-going quality game experience, and so Chronicle’s adventure will come to an end later this summer.

We’re not going to turn out the lights just yet – we will continue to run the Chronicle servers until 6th August. However, after that date the servers will be closed and it will no longer be possible to play the game.

On 8th May the option to purchase Platinum in-game or via the Chronicle website will be removed, as will the packs currently available through Steam. You’ll still be able to use any Platinum you already have on your account until the servers are shut down.

We want to sincerely thank those of you who have enjoyed Chronicle over the last two years – it wouldn’t have been the same without your dedication to the game that delivered a unique take on the CCG genre.”

“Play with the fate of Legends in a battle of wits, strategy and combat where lives are gambled on the turn of your cards.

Let your skills do the fighting.
Leave your minions behind as you fight your own battles. Expand and master your deck to compete against others in player vs. player combat, and earn rewards to write your name in history.

A new card game experience.
Progress through beautiful 3D landscapes whilst encountering bosses and allies who could help, or more likely hinder, your progress in your journey to an epic final duel with your challenger.“