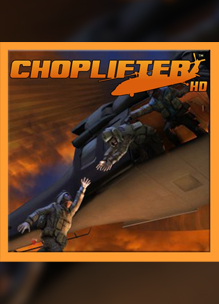 Choplifter HD was delisted on Steam on February 20th, 2019. The cause for the delisting — denoted on the store page with the familiar “at the request of the publisher” notice —  is uncertain as inXile has been the developer and publisher of the Steam version since its release. The game remains available on both PlayStation 3 and Xbox 360. It is possible that the delisting is related to the game’s age and potential poor performance on newer operating systems although this is unsubstantiated.

In Choplifter HD, players take on the role of an up-and-coming rescue pilot asked to join the elite, international helicopter rescue team. Pilots will be trained to command a variety of helicopters deployed on 30 different missions. Pilots must bank, hover, touch-down and sometimes even shake zombies from their chopper during lift-off in order to make their rescue and complete their mission.

Thanks to @EdgeGecko for submitting this game to the site