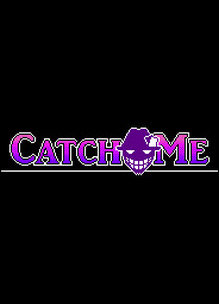 The majority of ZuoBuLaiGame’s titles were removed from Steam on October 31st, 2019 including Catch Me, Salty Fish Go!, and Streamers Company Tycoon. All Steam store pages were updated with the wording “At the request of the publisher, this app has been retired. You may not be able to buy or get it”.

ZuoBuLaiGame’s initial release, THE WALL, was removed one year prior in 2018 after potentially attracting the attention of Chinese censors for its anti-establishment content. It’s possible ZuoBuLaiGame received a warning or threat but were allowed to continue operating. Based on Steam Community forum posts (you’ll have to copy and paste into Google Translate), it seems likely that the Chinese government was ultimately the cause behind these delistings; be it for censorship or other violations.

“You roll the map open under the lamplight and double check the marks you’ve made. This plan is months in the making, but in the end, it will all come down to a window of mere seconds. Nothing can go wrong.

“Catch Me” is a strategy game that requires stealth and defense at the same time. You play as the leader of a group of magician thieves. You plan everything from behind the curtains.“

Thanks to fawxplus for submitting this game to the site