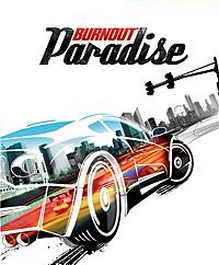 The Games on Demand version of Burnout Paradise for Xbox 360 and Xbox One backward compatibility was last confirmed available on October 24th, 2017. It was likely delisted around this time on both Xbox platforms and PlayStation 3.

The delistings were likely made to consolidate server resources and to entice players to the Remastered re-release.

“Race, jump and smash through the streets of Paradise City in muscle cars, exotics, hot rods and even supercharged SUVs designed from the ground up to look beautiful whether they’re brand new or torn to pieces! Earn your Burnout Driver’s license by competing in over 100+ events including Races, Stunt Run, Road Rages and Marked Man.

Compete against your friends for Time Road Rules and tear up the streets in Showtime, the all new destructive open world crashing experience. Looking for an online challenge, seamlessly connect with up to 7 buddies instantly, drive together cooperatively in over 300 Freeburn challenges or go head to head in custom created race routes across town. Take down your friends and grab their mugshots for your trophy room using the Xbox Live Vision Camera!“

Thanks to  T87 for submitting this game to the site.