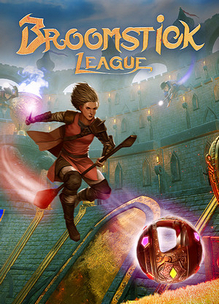 Broomstick League was removed from Steam on April 3rd, 2020 when its price was set to $0.00. Its Steam Store page has since been removed. On April 9th, Laura from developer Virtual Basement posted to the game’s Steam Community forum:

“We wanted to let everyone know that on Friday, April 3, 2020, we removed Broomstick League from Steam and turned off our servers. Unfortunately, we aren’t able to go into much more detail about our reasons why, but know that we are incredibly grateful for the help and support we saw from all of you.

This decision was not made lightly and we sincerely thank our community for the extraordinary support we received throughout Broomstick League’s development. We are currently working with our friends at Steam to issue full refunds to all existing customers.

We have a lot of big news to share over the course of the year, stay tuned!

Thank you once again for the support, we sincerely hope you, your family, friends, pets and everyone you know are staying safe at home.”

The game was almost certainly delisted due to its similarities to the Harry Potter property. However, the team’s wording implies that the game may have impressed the owners, licensees, and publishers behind the Harry Potter property and that Broomstick League may return as an officially licensed product in the future. For the time being, the game remains extinct as it is currently unplayable and unattainable.

“Broomstick League is a fast paced, high-flying online sports game where players divide into teams and streak across massive arenas atop their trusty broomsticks. Take possession of the ball and rush it through the stadium as you outmaneuver other players in an effort to score.

Equipped with a broomstick and wand, players must hone their flying skills and use magic to dodge enemies, defend their goal and make awe inspiring plays. Armed with the blast spell that knocks the ball out of your opponent’s hands, and the blink spell which teleports players to create goal scoring opportunities, there are endless combinations of plays with no two matches being the same. Customize your witch or wizard and equip a variety of unlockable broomsticks, wands and other magical cosmetics.

It’s time to polish your broomsticks, practice your aerobatics and enter the Broomstick League!“