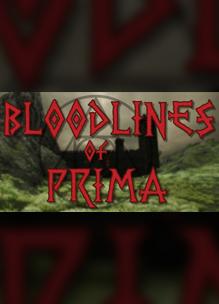 Bloodlines of Prima was shut down on December 29th, 2020. By September 30th the game’s Steam Store page was updated to simply read “servers are going offline 12/29/20! Thanks for your support and see you on our next project!”. On May 31st, 2021, Anthony Eckert from Amazastrophic shared a postmortem on the game discussing some of its challenges.

“Our first multiplayer game was Bloodlines of Prima. It was ambitious and full of “MMO” feature creep so you can imagine the out come for a small team. Eventually everyone stopped playing, but we never had many players to start and never did advertising. The goal was to learn first and foremost, essential as two people bootstrapping a multiplayer startup.”

Bloodlines of Prima is a free-to-play FPS MMORPG. Customize your Hero with hundreds of elemental abilities and gather powerful equipment from the treasure vaults of Prima. Then dominate the open world PvP and PvE objectives. Rise to the top of your server!

We recently left early access to show our dedication to supporting this game. It’s a fun game once you get the hang of it, enough to surprise some people who try it. The systems are pretty tight now and after some higher level game fails, we decided we had more of a game then not. We think the only work besides constant support in general, is the visuals. We are working on a new terrain and shanders as I type this. I’m also working on workshop and achievements right now. Would love to have player created stuff in game asap.