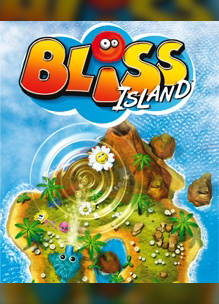 Bliss Island was last confirmed available for sale on Xbox 360 on February 12th, 2014. By March 27th, 2014, TrueAchievements.com had reported that the game was delisted from the Xbox Marketplace. The reason for the delisting is unclear, but may have been a result of poor sales/conversion rates on the platform.

The PlayStation Portable version of the game remains available exclusively in Europe as of February 2022. Originally published by Codemasters, the name presumably changed to Electronic Arts in 2021 after their acquisition of Codemasters.

Single Player, Xbox LIVE Multiplayer 1-2, HD (High Definition). For fun, competitive, addictive, bite-sized gaming venture into the world of Bliss Island. With over 80 unique challenges Bliss Island is the perfect pick up and play game. Give it a go and help Hoshi today!