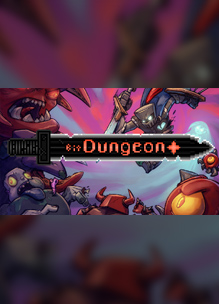 The original release of bit Dungeon+ on Steam was delisted on November 26th, 2018. Confusingly, bit Dungeon creator, Kinto Games, would release the game again on Steam in 2019 as simply bit Dungeon while the same game on consoles was released years prior as bit Dungeon Plus, sometimes styled as bit Dungeon+. Despite the naming, these versions were not the same game as the 2016 Steam release or the Flash and mobile games that started the series.

The first Steam version was allegedly delisted as players and Kinto Games were not happy with the port job that Dolores Entertainment produced in 2016. It would seem that Kinto Games, who produced all of the console versions of bit Dungeon between 2017 and 2018, circled back in 2019 to bring the updated version of the game to Steam directly. To avoid any further confusion between bit Dungeon+ and bit Dungeon on Steam, they chose to remove the 2016 version from sale.

You and your beloved friend were captured by demons…

You wake up what seems like hours, maybe even days later trapped in a prison cell, and your friend is missing. You find a sword in your cell and vow revenge against the beasts who took your friend – the quest to find your friend one and destroy the demons begins!

bit Dungeon combines the randomized loot of Diablo and fast action combat of Zelda. Explore randomized dungeons and hack and slash your way through dangerous bosses. The difficultly increases as you become stronger and stronger. Build your character how you want with deadly passive abilities.

Just like the classic quarter crunchers of old, if you die you lose everything and start all over. Can you make it to the end and save the day?