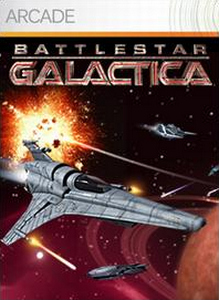 Battlestar Galactica was last confirmed available on Xbox 360 on January 7th, 2010. By January 24th, a user on GameFAQs questioned the game’s availability. The timeframe for the delisting of the PC version is unknown, but it was last confirmed available through Direct2Drive and Sierra’s storefront in October 2008, and the game’s official homepage closed at the same time.

The game was most likely delisted due to the end of a licensing deal between Sierra Online and Universal Pictures; which may have occurred shortly after the Vivendi Games/Activision merger in July 2008.

Enter the Battlestar Galactica universe in Battlestar Galactica™. Sign up to defend the Galactica, or play as the ruthless Cylons as they seek to remove the Human Race from existence. Pilot iconic ships from the Viper II to the Heavy Raider and lead your squadron in enormous fast-action multiplayer space combat (with up to eight players online) or play through the exciting single-player campaign.