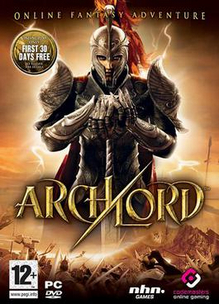 Webzen announced on December 6th, 2013 that Archlord would be shutting down by the end of the year. The game was made unavailable to new players and the in-game shop shut down on December 11th. The servers were shut down and the game taken offline on January 1st, 2014. The announcement read:

We regret to inform you that Archlord will no longer be available. Please rest assured that this is merely a short break for those who inhabited the world of Archlord. We will be back in the near future with Archlord 2 to provide you further adventures!

On August of 2009, Webzen.com was thrilled to release Archlord globally. Since official launch, we have been working hard to build a strong community and gaming environment through new content updates and various events. Unfortunately, we have come to a difficult decision to end this long journey we have enjoyed and cherished together. We understand that this will disappoint many of our players. Over the years, you have made new friends throughout the years, forged camaraderies within your guilds, fought in an epic fashion for the right to call yourselves the Archlord. We, too, have loved being a part of this game, and learned a lot throughout the service period.

Although we cannot provide more enjoyment through Archlord, we wish to continuously provide a full gaming experience to all our players. Additionally, we hope to see you all in the future once Archlord 2 is released.

We will be disabling client downloads and cash shop for the game on the 11th of December. The game will be closed on January 1st. To thank all of our players for their years of support, starting on December 11th, we’ll be having a 400% EXP and Drop Event for players to enjoy until the game’s closure. Additionally, we’ll be having a Compensation Page detailing more information in regards to the closure set up in the upcoming weeks.

Once again, we thank you for the experiences and enjoyment shared through Archlord and look forward to seeing you in Archlord 2.

The game was seemingly shut down to provide Webzen the resources to develop the sequel, Archlord 2, although it would not be directly handled by NHN Corporation, the original Archlord developers.

In November of 2011, NHN Corporation and Webzen announced Archlord X, a PvP focused MMO set between Archlord and Archlord 2. It launched in closed beta form in late November 2011 but never saw an official release.

“From August 2009, Webzen published Archlord in additional countries where Codemasters did not have rights to distribute the game. From October 3, 2009, Webzen maintained Archlord globally” – Wikipedia

“ARCHLORD is a 3D F2P MMORPG, game with an epic fantasy mix, featuring lush in game graphics and a soft sensual soundtrack performed by the London Symphony Orchestra. One of the most appealing features of the game is the PVP specialized contents. The game not only provides various player-versus-player contents, but also includes guild-versus-guild battle and race-versus-race massive war system.” – Press Release