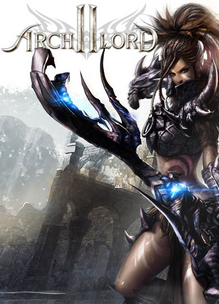 In September of 2015, Webzen announced that ArchLord 2 would be shut down toward the end of November, just two months later. The announcement read:

Today, we have some very sad news for you. Unfortunately, the time has come for Archlord 2 to close its doors for good. In roughly 2 months’ time, on November 24th 2015, the servers for Archlord 2 will be deactivated and it will no longer be possible to play the game after that.

Archlord 2 has been a great adventure for all of us, and we sincerely hope that you have enjoyed your time with the game and the friends you made while playing it. We know we have.

Although Archlord 2 has not been around as long as some other titles, it has had a quite impressive history. Over the course of its life, over 300,000 players have logged on to Archlord 2 for a combined total of over 5 million hours (that’s over 580 years!) of play-time.

Together we’ve released and enjoyed 7 major updates, along with numerous smaller content patches, events and other milestones. You have created more than 400,000 characters, ventured into nearly 1.5 million dungeons and fought on over 2,000 battlegrounds.

During this time, Chantra has had numerous rulers, memorialized in this Hall of Fame. But everything must come to an end, and the time has come to say goodbye and farewell to Archlord 2.

Archlord 2 was likely shut down due to a dwindling playerbase and low profits from in-game purchases.

In November of 2011, NHN Corporation and Webzen announced Archlord X, a PvP focused MMO set between Archlord and Archlord 2. It launched in closed beta form in late November 2011 but never saw an official release.

“Archlord 2 is a brutal, blood-spattered MMORPG, featuring vibrant graphics and an epic soundtrack performed by Cris Velasco, the multi-award winning composer for more than 40 video games. To provide an engaging and a largely unrestricted environment, Archlord 2 introduces a classless character system that will allow players to adopt any role in combat, depending on the type of weapon they use. The game started its OBT on July 8th, and is now also welcoming Southeast Asian players to its servers.“