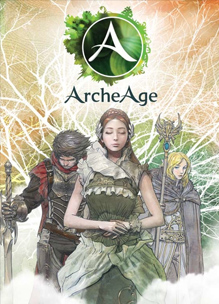 Gamigo announced on November 4th, 2021 that ArcheAge and the separate 2019 re-release, ArcheAge: Unchained, would be leaving both Steam and the Glyph platform on December 1st, 2021. Ownership of the title would be changing hands from Gamigo and the Trion Worlds brand to Kakao Games, the subsidiary of South Korea’s internet services, social and games provider, Kakao.

gamigo games and its affiliated sub-companies will no longer be in charge of or involved with any live operation concerning ArcheAge and ArcheAge: Unchained. All of the rights and related duties will solely be with the new publisher Kakao Games directly.

Be at ease though as all your items will be transferred! And every item acquired while our shops are open will also be transferred together with all of your characters as well.

We are aware that the announcement leaves you with a lot of open questions. We will answer all of them to the best of our knowledge.

On November 18th, 2021 Gamigo stopped offering in-game purchases in the Steam and Glyph versions of the titles and offered a brief timeline of events for the coming weeks. They also confirmed that player characters and items would be available to transfer to the Kakao Games version of ArcheAge for six months, ending roughly in June of 2022.

Following the schedule, the Glyph Store, Eden Reforestation Packs, Steam offers, and Marketplace in-game are no longer available. Keep in mind that starting today, the CS Support for game inquiries ends as well. Additionally, the Free Trial for ArcheAge: Unchained ends. The game data transfer is ongoing and should soon be complete! You can find your transfer code in the account section on Glyph. It will be available to you for six (6) months. Kakao Games’ transfer page opens on November 19.

December 1, 2021
– Termination of gamigos service
– CS pages related to ArcheAge/ArcheAge: Unchained are shut down
– The current ArcheAge games and all related websites are shut down.
– Social Media channels including Facebook, Twitter, YouTube, and Instagram are shut down.
– Forum becomes unavailable

The ArcheAge publishing agreement between XL Games and Gamigo for the North American, European, and Oceania regions ends on December 1st, 2021. With Gamigo apparently uninterested in renewing, Kakao Games signed a publishing agreement to continue service for these regions, resulting in this transfer process. Among other details, Kakao Games’ FAQ confirmed that both versions of the game would carry on as separate releases and that servers would be available in both North America and Europe.

Despite their wording, the games only changed ownership on Steam from Gamigo to Kakao Games. If they were unavailable on Steam between late November and early December, it was for a very brief period of time.

About ArcheAge
ArcheAge is an epic fantasy MMORPG free of predefined paths and progression. You’re free to choose your own path and play your way from the starting continents of Haranya and Nuia to the lost shores of Auroria, the birthplace of magic.

You can wield incredible powers drawn from 220 unique Class combinations, master over 20 crafting skills, build houses and manors in the open world, farm, trade, forge alliances, and lay waste to all who stand in your way. Or you can turn your back on it all and live as a pirate, ransacking traders and pillaging the high seas for plunder and gold.

Craft, Claim, & Conquer
ArcheAge is the ultimate fantasy-sandbox MMORPG with ArcheAge being free-to-play and ArcheAge: Unchained being the buy-to-play counterpart! Build massive castles and lay claim to lands whose riches fuel a deep, player-driven economy. Band together to protect your fortune in epic siege battles and naval combat – or live the life of an outlaw, prying glory and coin from foes left in your wake.

Shape the World
Gatherers, crafters, and traders are the engine that drives ArcheAge, and its economy is yours to control. Master diverse skills to craft trade goods, houses, ships, and castles. Transport and trade materials across the realm, braving danger and piracy to support your allies in wars that will change the fate of the world. Join a zone’s community and work together to unlock special regional bonuses or form a family with your closest friends.

Fight for Glory
Assemble allies and build an empire to span continents. Sabotage your enemies’ trade and lay waste to their armies in the field. Rally your forces and craft massive siege engines to storm the heart of rival castles and claim them as your own, or test your skill against hundreds of other players in the open world and instanced battlegrounds.

Set Sail
Sail the vast uncharted ocean and amass fame and fortune by securing trade routes and controlling the flow of enemies’ resources. Riches await, whether you lead fleets against rival armadas or ply the waters as a pirate for hire – just beware what lies beneath!


About ArcheAge: Unchained
[From: Wikipedia] ArcheAge: Unchained was announced in August 2019 and launched on Steam and Glyph on October 15, 2019. It has the same content and the same updates as ArcheAge but features a new monetization model that players buy one of three packs for one payment upfront, so there is no subscription and everyone is effectively a Patron in Unchained. The Marketplace does not offer gameplay advantages anymore but is purely cosmetic. Archepass was added, similar in style to a Battlepass offered for various games. Using a tier system, there are two paths just like other Battlepass systems. One is the basic free path where all items that may be considered pay-to-win previously is housed. The other is a premium path which houses cosmetic items. This is a separate game, so there are no carrying over characters and items from ArcheAge, it is a new beginning.