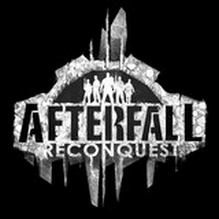 Afterfall: Reconquest Episode 1 was delisted from Steam on May 1st, 2015. Its predecessor, Afterfall InSanity Extended Edition, was delisted from Steam the following day on May 2nd. The games were removed at the behest of Epic Games who had filed a lawsuit in 2012 for overdue royalties against Intoxicate Studios who used their Unreal engine to develop the games. After the studio failed to comply Epic requested that Valve remove the games from Steam. Shortly after these events Intoxicate Studios filed for bankruptcy on June 8th, 2015.

“Afterfall Reconquest Episode 1, though set up in the same universe gamers know from Afterfall InSanity, offers a completely new experience focused on an immersive, multilevel storyline, diverse, vast, semi-open world and believable characters. In the same time the game offers dynamic, challenging and extremely satisfying gameplay where a good reflex and eagle eye are as important as choosing your weapon wisely and planning your actions carefully.“